SENGAL: The Truth about Air Pollution in Jakarta

Revealing the sad and devastating journey of air pollution in Jakarta that began during the Dutch colonization period in Indonesia. This has been a problem in Jakarta for a long time, and yet there has not been a concrete solution from the government. The reality is, many people in Jakarta are suffering because of air pollution.

Puteri and Vivi, two real-life victims of how bad air pollution is in Jakarta

Puteri Aisyaffa is one of the many people who are suffering due to air pollution in Jakarta, she was diagnosed with bronchitis and stomach ulcer. This came as a surprise, because the general misconception is that air pollution only attacks lungs or respiratory organs. Puteri is currently pregnant, and she is worried that her health issues will impact her baby’s health. The most obvious impact of air pollution exposure in expecting mothers is low birth weight in babies. Evidently, air pollution – especially PM2.5 pollution can enter through the blood stream and then cross the placental blood barrier to the baby.

The other victim of air pollution was not as lucky as Puteri. Vivi sadly passed away due to health complications caused by air pollution. In the late Vivi’s house, the average air quality indoor was indicated to be unhealthy air for sensitive groups. At first glance, Vivi looked healthy, but then she started to experience extreme shortness of breath. Throughout her life, Vivi was exposed to polluted air both indoor and outdoor. She eventually suffered from chronic obstructive pulmonary disease or COPD. COPD can not be cured, especially when it's in its late stage. 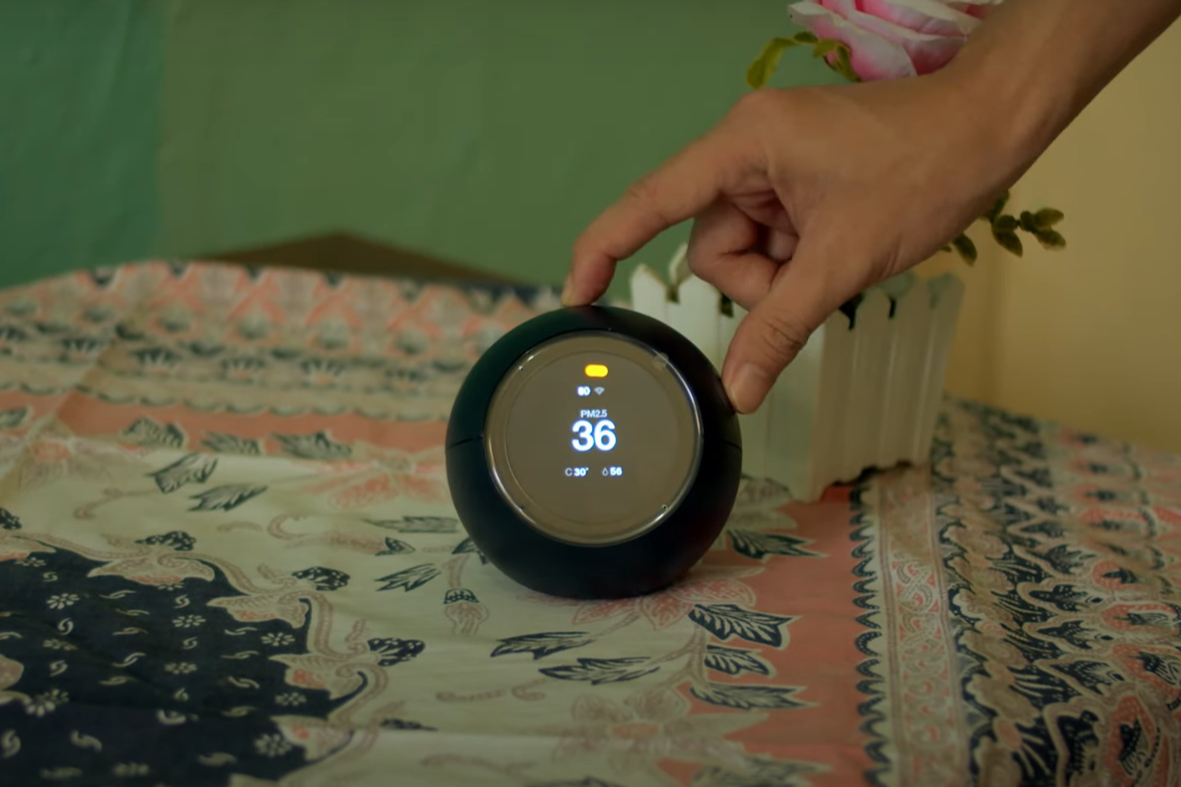 Both suffered from the air pollution, but only Puteri survived. We believe that there are so many people who suffered like Puteri and Vivi, and we must act together to stop others from experiencing the same catastrophe as they did.

Molentvliet or as we now know as Hayam Wuruk, was the first to be recorded in history as a source of pollution in Jakarta prior to the 1800s. There were two factories that contribute to disastrous air pollution in Batavia during Dutch Indies period, coincidentally they were a gunpowder factory and a cement factory.

Since the 1800s, factories are still some of the biggest contributors of air pollution – especially the concrete or cement industry. These factories that are often located in the outskirts of Jakarta, emits air pollution. Then, the polluted air in those areas is carried by the wind into DKI Jakarta – this is also known as 'transboundary pollution'. 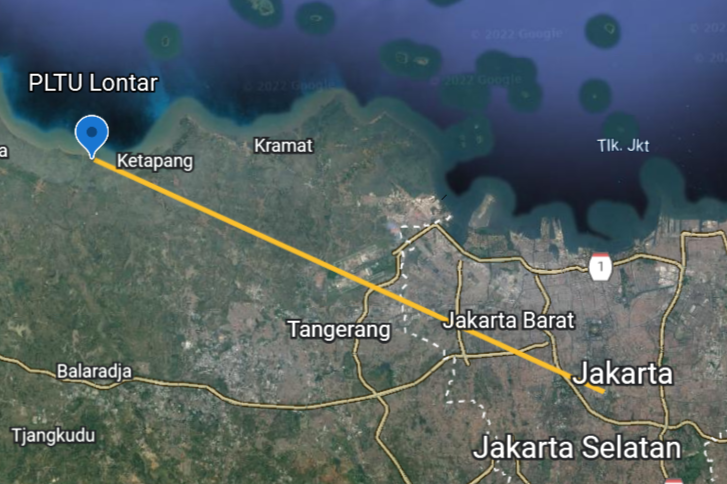 ✅ You can learn more about air pollution sources by reading this article: What are the sources of air pollution?

Nafas contribution to the fight against air pollution.

Nathan Roestandy, co-founder of nafas, stated that his interest started in 2011, when he observed that air pollution crisis in China was at the highest peak. The awareness of public in China was very low until "Under The Dome", a documentary film produced by a Chinese journalist whose child was born with a lung defect, was released.

The documentary reached over 700 million views in a few weeks. Since then, the issue of air pollution became an emerging issue among people in big cities in China, which prompted the Chinese government to create the war against pollution program. Today, big cities in China, such as Beijing, have seen an improvement of up to 40% in air quality. Although the changes did not happen overnight, but the accumulative impact is massive. The point is that the consumer's understanding has shifted from viewing these products (air purifier, filtration, air quality monitor, etc.) as products that are nice to have, to something essential, because this has a direct impact on their health.

According to the data from Nafas (from October 2021 - October 2022), the annual average PM2.5 concentration in Jakarta is 39 µ/m3 which means that the air quality in Jakarta is not healthy for sensitive groups. But compared to Jakarta, South Tangerang has an average annual air quality that is worse with PM2.5 pollution concentration of 46 µ/m3. In Sengal, it is stated that the poor air quality in South Tangerang is due to industrial activities of cement factories, trash burning, and a lack of public transportation in this area. However, this area is surprisingly known for its green areas with a lot of trees. This is when the misconception appears, which is: Is “Greening” Enough to Conquer Air Pollution? The simple answer for this question is that trees can only absorb gas pollution (examples: CO, CO2, SO4) but trees can't absorb dust particles like PM 2.5 pollution. This is supported by a research conducted by Environmental Protection Agency from the United States, which stated that trees can only reduce PM 2.5 pollution by 0.24%.

Air Pollution is a Homework for both Citizen and Government

Air pollution is a complex problem which can’t be solved with a single solution. One step that the DKI Jakarta Governor can do to increase public awareness, is to add more sensors in Jakarta. Based on WHO standard, DKI Jakarta ( West Jakarta, East Jakarta, Central Jakarta, North Jakarta, South Jakarta ) needs to have around 100 air quality monitoring sensors. Without these sensors, policy makers will not be able come up with strategic policies that can reduce air pollution levels efficiently.

Those sensors will turn into Air Pollution Index or ISPU which is a air quality report to inform how clean or polluted the air and the health impact of breathing the air. DKI Environmental Services agreed that the air pollution in Jakarta is beyond the WHO guideline.

Improving air quality in Jakarta is not a simple task. However, it is not an impossible mission, considering that numerous cities in the world have succeeded in reducing the level of air pollution. In addition, Jakarta’s residents have won their citizen lawsuit, which will essentially hold the stakeholders accountable for the air pollution crisis.

The fact that in 2024 there will be a general election, we need to ensure that the people who are going to be elected for office are the ones who understand this issue and have the courage to create a change.

📽️ Sengal really told us so many valuable keys about air pollution in Jakarta. If you are curious about this film, you can watch Sengal: Jakarta Documenter Film here.