How does PM2.5 pollution affect children's risk of ADHD and autism?

When it comes to air pollution, children's health is frequently overlooked. Many people are aware that air pollution causes heart disease and lung cancer in adults, but few are aware of how it affects children.

🧐 In this article, you’ll learn:

Several studies that have been published in recent years confirm the link between air pollution and poor mental health in children, such as ADHD, depression, and anxiety. This adds to our growing understanding of how PM2.5 in air pollution — the minuscule, inhalable particles emitted by cars and power plants — affects our brains.

What effect does PM 2.5 have on children's bodies and brains?

When we breathe, PM2.5 particles, which are 30 times smaller than the width of human hair, enter the body through the nose and mouth. They are transported to the alveoli, which are small air sacs located in the deepest part of the lungs, along with the air. They diffuse easily through the alveolar walls into the bloodstream, where they are carried by the blood to all of the body's organs. This will undoubtedly disrupt the normal functioning of vital organs like the developing brain.

Once in a child’s still-developing brain, particulate matter damages brain cells. The brain's growth rate is greatest shortly after birth, but development continues throughout childhood and adolescence, and it plays an important role in a child's memory, attention span, emotional control, and social interaction. As a result, cognitive development and learning ability are impaired, which can have serious consequences for welfare and earning potential across the lifespan and can lead to neurodegenerative disease later in life.

PM2.5 may alter the size of a child’s developing brain

As we already know, neurons in children's brains are growing and pruning at an incredible rate at this young age. Their brain wants to develop efficient pathways as it grows. If PM2.5 exposure alters these pathways, different parts of the brain will mature and form connections at different rates, potentially leading to differences in later life. Another study found significant differences between kids who were highly exposed to PM2.5 and those who were not. Areas associated with emotion were larger in highly exposed children, while other areas associated with cognitive functioning were smaller.

PM2.5 may contribute to ADHD in children

Attention Deficit Hyperactivity Disorder (ADHD) is associated with inattention and distractibility. It's one of the most common neurodevelopmental disorders in kids. Numerous studies have shown a correlation between ADHD and PM2.5 exposure in children.

📖 A study from Denmark among 809,654 children studied the increased risk of ADHD on exposure to PM2.5 with daily concentrations between 8.1 to 26.4 μg/m3. The results showed that the incidence rate ratio for ADHD increased 1.51-fold per 5 μg/m3 increase in PM2.5.

📕 Another study from Taiwan suggested that the risk of ADHD dramatically increased at PM2.5 exposure above 16 μg/m3 during early life after birth and increased sharply as PM2.5 above 50 μg/m3.

Let's take a look at this graph! 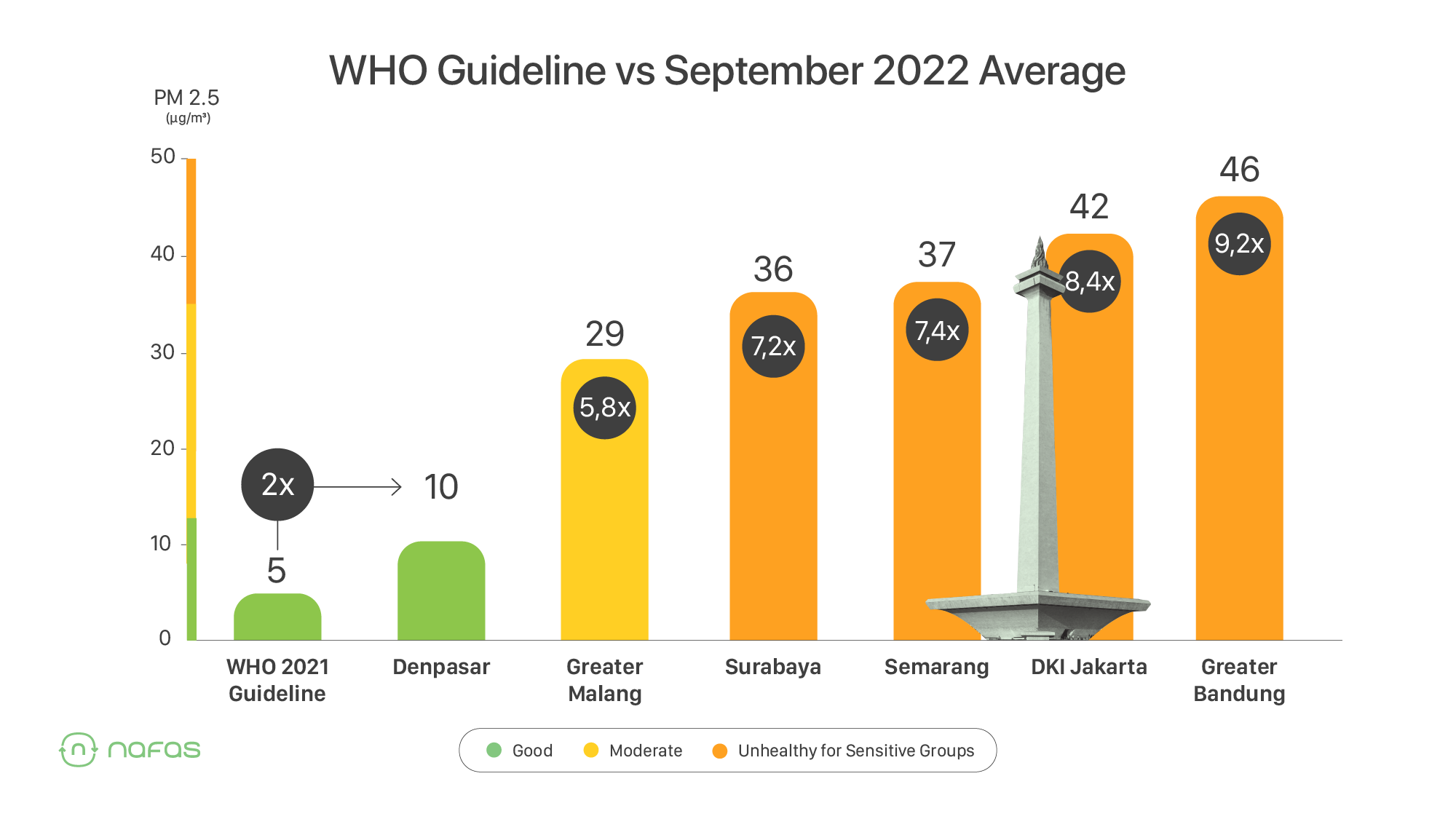 Excessive PM2.5 exposure can increase the risk of Autism Spectrum Disorder in children, even before birth

Children who breathe toxic air may be at higher risk of growing up with autism spectrum disorder (ASD). This is a condition characterized by communication deficits, difficulties with social interactions, and repetitive behaviors. A study found that air pollution mixtures, primarily PM2.5 and NO2, were associated with ASD symptom aggravation.

📚 A recent study, conducted in five countries, discovered that exposure to 10 μg/m3 of PM2.5 increased the risk of ASD by 64% during early childhood and by 31% during prenatal periods. The greatest risk was discovered during the third trimester of pregnancy. This is pretty concerning not only for children but also for pregnant women.

When addressing air pollution, it is critical to consider our children's health. Air pollution-related diseases will have a long-term impact on their health. A healthy environment with good air quality should also be considered to meet the needs of children's growth and development.

Children do inhale more air pollution than adults, seeing as they spend a lot of time outdoors. What's more, children have to go to school every morning and they will play outside during break times. Because of the normally poor quality of morning air, they are exposed to more air pollution. — find out why the air is worse at night and in the morning here.

You can see how bad the average air quality is in DKI Jakarta from the following image. The area with the lowest air pollution in DKI Jakarta, Gondangdia, reached 40 μg/m3 at 07:00 - 09:00.

The same thing also happened in Bandung. Let's take a look at this graph!

Want to reap more benefits from the nafas app? Click here to maximize your experience with us.