How do wind patterns and geographical conditions make air quality different across Java?

There has been an interesting phenomenon in the last 2 weeks, where the air quality in some cities is monitored to be unhealthy from night to mornings, such as Greater Jakarta, Bandung, Semarang, and Surabaya.

As it should be, it is well-known that the air quality at night is worse than during the day. Some of you might also just know about this! This is because the Planetary Boundary Layer in the air makes it difficult for pollutants to disperse. Let’s take a look at this picture! 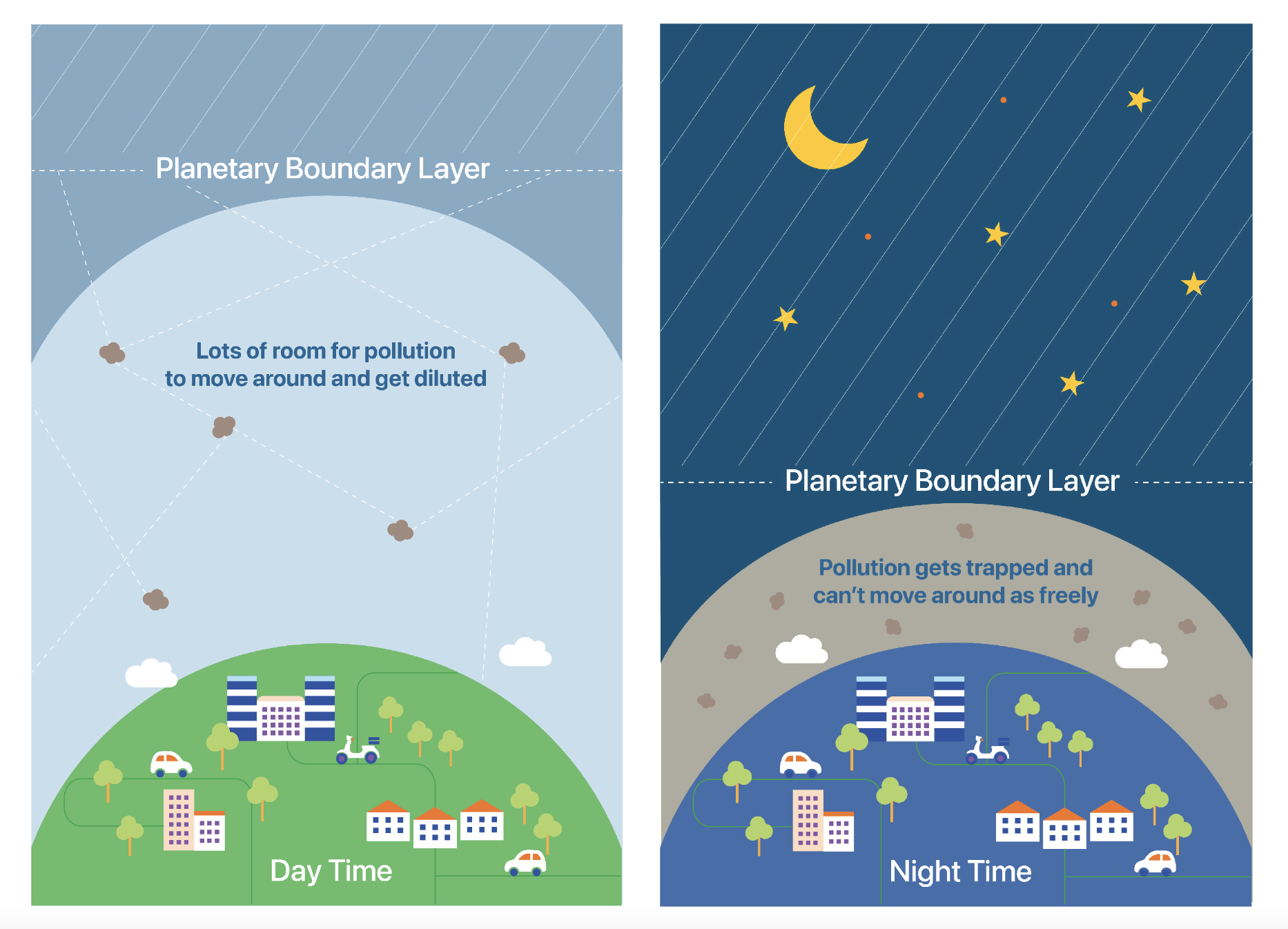 However, this phenomenon (night: bad air) does not apply to Yogyakarta, Malang, and Bali — cities in the southern part of the islands. These cities remain green in color from night to morning, indicating healthy air quality. What's going on?

Take a look at the map below! 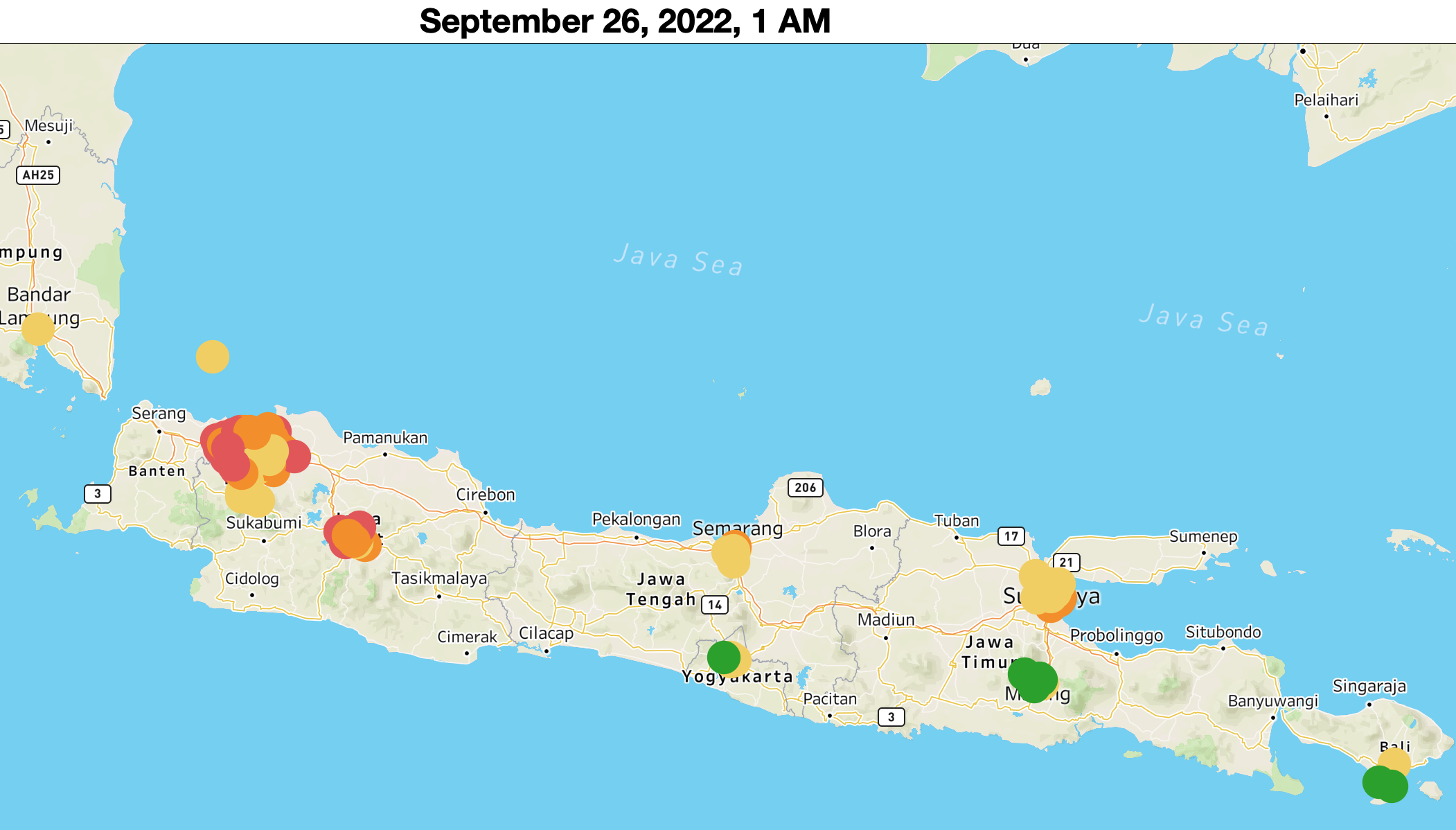 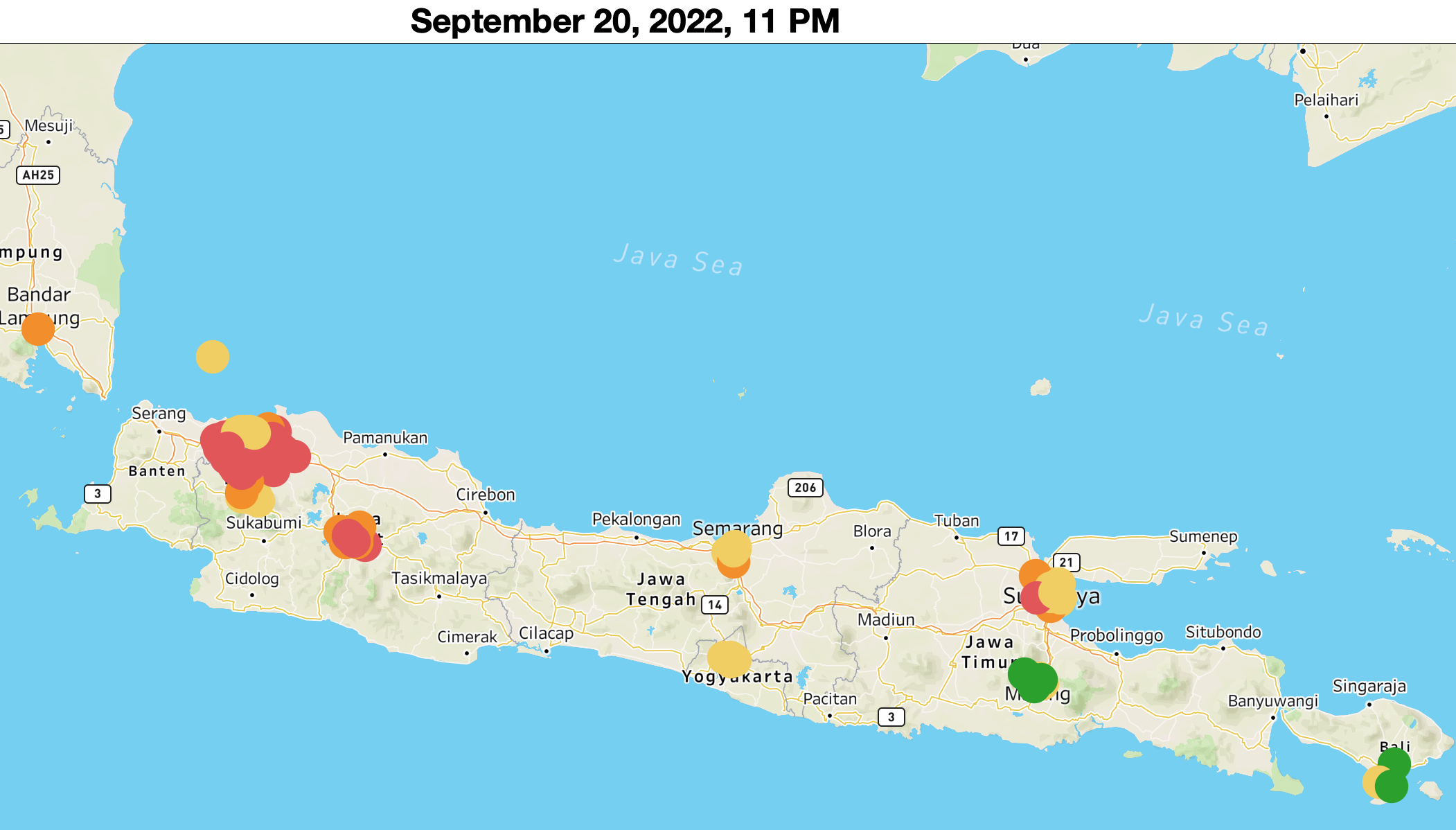 The wind is seen moving from the south, carrying away the accumulated pollutants and clearing the skies in the southern cities. The stronger the wind, the more air pollution is dispersed.

Mountains block the wind from the south

These winds don't reach cities in the north because they are blocked by the mountains between the south and north of Java Island. These are the mountains that block the wind from the south:

🗻 The south side of Jabodetabek is blocked by Mount Salak, Mount Pangrango, and the Bogor plateau

Therefore, cities in the north are not exposed to strong winds from the south, causing air pollution to gather and remain high in concentration.

Nafas tries to compare air quality data on September 24, 2022, in Yogyakarta City (south) and Semarang City (north). Check out the graph below! 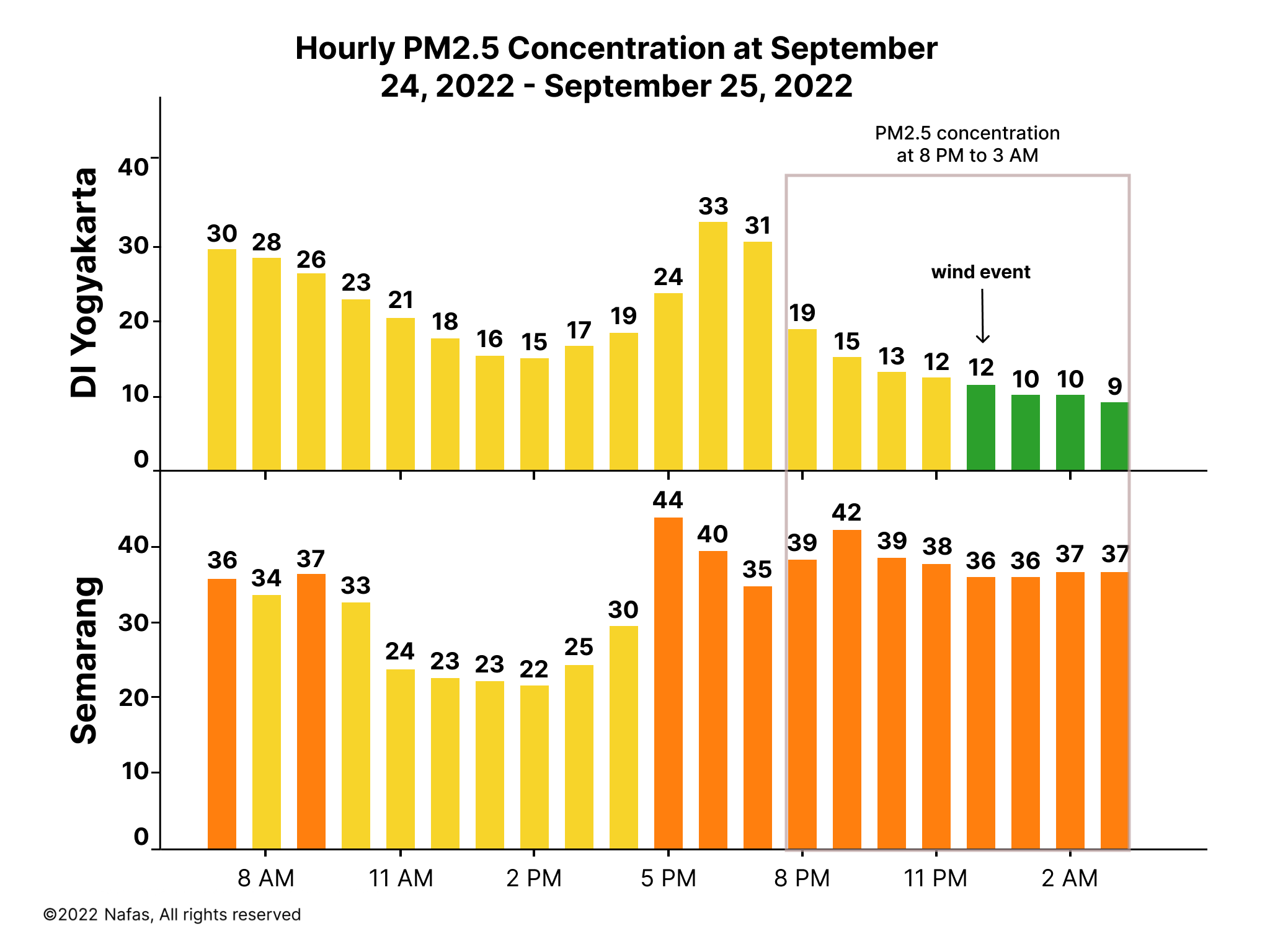 The graph shows that Yogyakarta, which is close to the south coast, has better air quality than Semarang during the night and early morning when conditions are windy. The mountains are what hold this wind to fly to the north, causing air pollution to not be dispersed.

Wind has a big influence on air quality

Wind can wash away pollution, especially PM2.5 particles when the wind blows. If the wind is calm, pollutants cannot disperse, building up the concentration of these pollutants. On the other hand, higher wind speeds normally translate to a greater dispersion of air pollutants, resulting in lower air pollution concentrations in windy areas.

In this case, in September, we are in the transitional (pancaroba) season, where the wind can move dynamically. The Nafas Team observed a strong wind blowing from Australia toward Java. This strong wind blows when the atmosphere is stable (at night), causing PM2.5 which usually accumulates to be dispersed and decrease in concentration in the air. As a result, we can see green at night in the south of Java, indicating good air quality.

Keep improving the quality of the air we breathe

We know that air quality is often unpredictable, depending on the many factors that influence it. Hence, it is best to prevent exposure when the air quality is not good. Here are some bullet points to keep in mind:

👨‍👧‍👦 Start a healthy living habit by improving air quality and a clean environment with Nafas!