For the First Time, PM2.5 Is Discovered in Unborn Babies: A Study Found

Recently, scientists found that soot particles can cross the placenta and enter the organs of fetuses.

🤔 We’ve discovered an intriguing article that shows how air pollution particles can reach babies in the womb. Here are the 3 key points we've recapped for you:

Soot particles can cross the placenta and enter fetal organs

When diesel, coal, and other biomass fuels are burned, a variety of particles and gases are released, including black carbon. It is part of the fine particulate air pollution known as PM2.5. The analysis revealed evidence of "black carbon particles," also known as soot particles, in umbilical cord blood. If these particles were present, it meant they had passed through the placenta. These particles then translocate into human fetal organs during gestation.

Soot particles may directly affect fetal development in the womb

Air pollution exposure during pregnancy and infancy has been linked to stillbirths, premature births, low-weight babies, and impaired brain development, with long-term consequences. This is especially concerning given the importance of this window of exposure for organ development. If PM2.5 enters the fetus, the particles may have an immediate impact on its development in the womb. This can certainly affect a child's brain development, including their IQ and mental health.

🧠 According to a Taiwan study, the risk of ADHD (Attention Deficit Hyperactivity Disorder) increased at PM2.5 exposure above 16 μg/m3 during early life after birth and increased sharply as PM2.5 above 50 μg/m3. 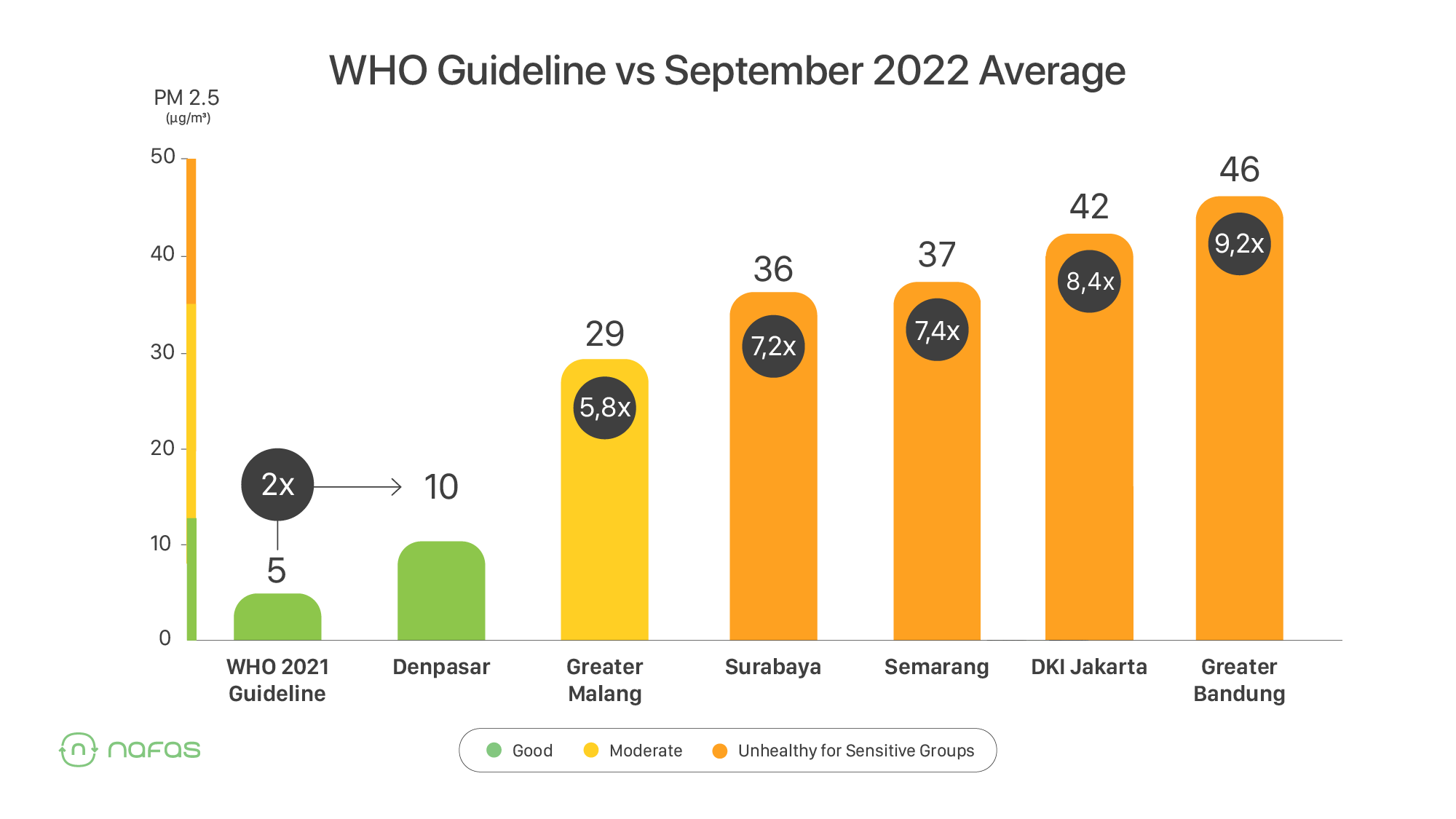 Compared to the WHO's annual PM2.5 concentration exposure limit of 5 µg/m3, Indonesia's air quality is quite concerning for sensitive groups such as children and pregnant women. Also, it appears that only Bali is safe from ADHD risk for infants according to the PM2.5 concentration limits from the studies, with concentrations less than 16 µg/m3.

Preventive measures are essential to reduce damage to our body from air pollution, specifically PM2.5 exposure. Through the Nafas app, you can continuously monitor the air quality in your location in real-time. This allows you to make better decisions to spend time outdoors with your family. Aside from that, follow these tips to help you avoid PM2.5 exposure:

🌬️ Turn on the air purifier when indoors

😷 Wear a mask when you have to go outside, especially when PM2.5 pollution is high

Want to learn more about pollution and air quality? Start to learn it from here.