In 2019, NASA (National Aeronautics and Space Administration) stated that the earth has become 5% greener in the last 20 years. It shows that people are starting to care about the environment, many countries, including Indonesia started to make a green space. But on the other hand, CO2 also increased approximately 4% alongside with the greening.

Keep in mind that, plants can absorb gas from air pollution, but not the particulate matter. So… Is greening as a solution to conquer air pollution only a myth or not?

🔍 Let’s find out the truth in #MythDebunked now!

👍 Get to know about air pollution

We must know that air pollution has two types. The first one is gas, which has various types, such as carbon monoxide (CO), carbon dioxide (CO2), nitrogen oxide (NOx), sulphur oxide (SO2), ammonia (NH3), ozone (O3), and Volatile Organic Compounds (VOC). And the second one is particulate matter. PM2.5 will be our main focus in this article.

Know the sources of pollution around you, so it will be easier to identify the right steps to tone down our contribution to produce pollution.

🤔 What about the particulate matter in air pollution? 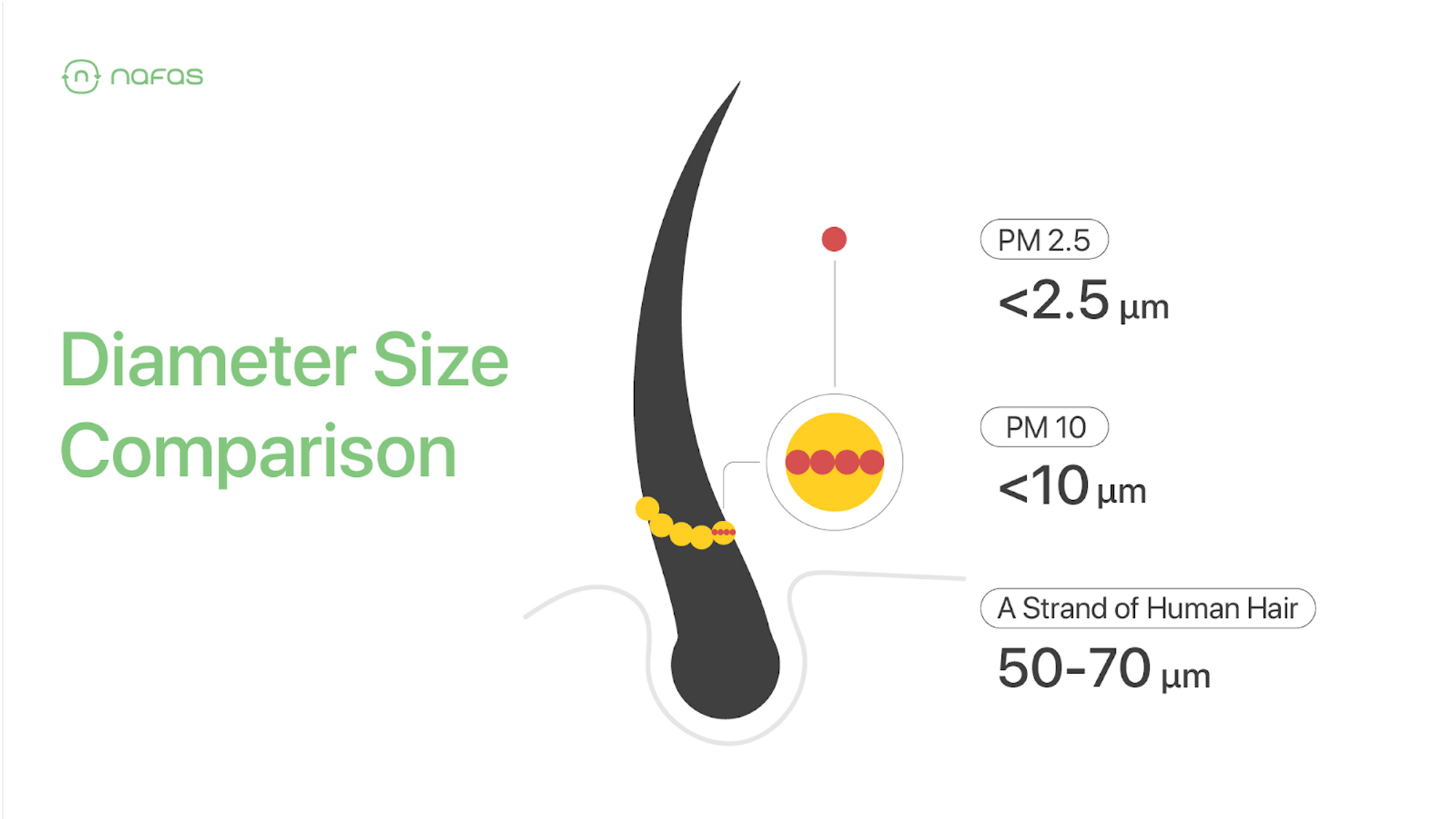 The size of PM2.5 is very small, even smaller than a strain of hair. It is very small, it can even go through human’s flesh and occured so many serious health problems.

Leaf can perform photosynthesis, a process that captured sunlight to convert both water and carbon dioxide into oxygen. Stomata in leaf has the same function with human’s mouth, which can open and close as a response to its environment, also the pathway for CO2, O2, and H2O during photosynthesis. As we know that the level of air pollution nowadays is really high, and the pollution increased drastically. Even the leaves are having a hard time absorbing it! There are many studies that stated which can be a bioindicator for air pollution. It means that there is a correlation of air pollution and high concentration pollutant with leaves, including degradation of clorophyl’s rate.

Does it mean that trees don’t have any contribution to reduce air pollution? Not really. Because trees can absorb pollution, but in a small scale. 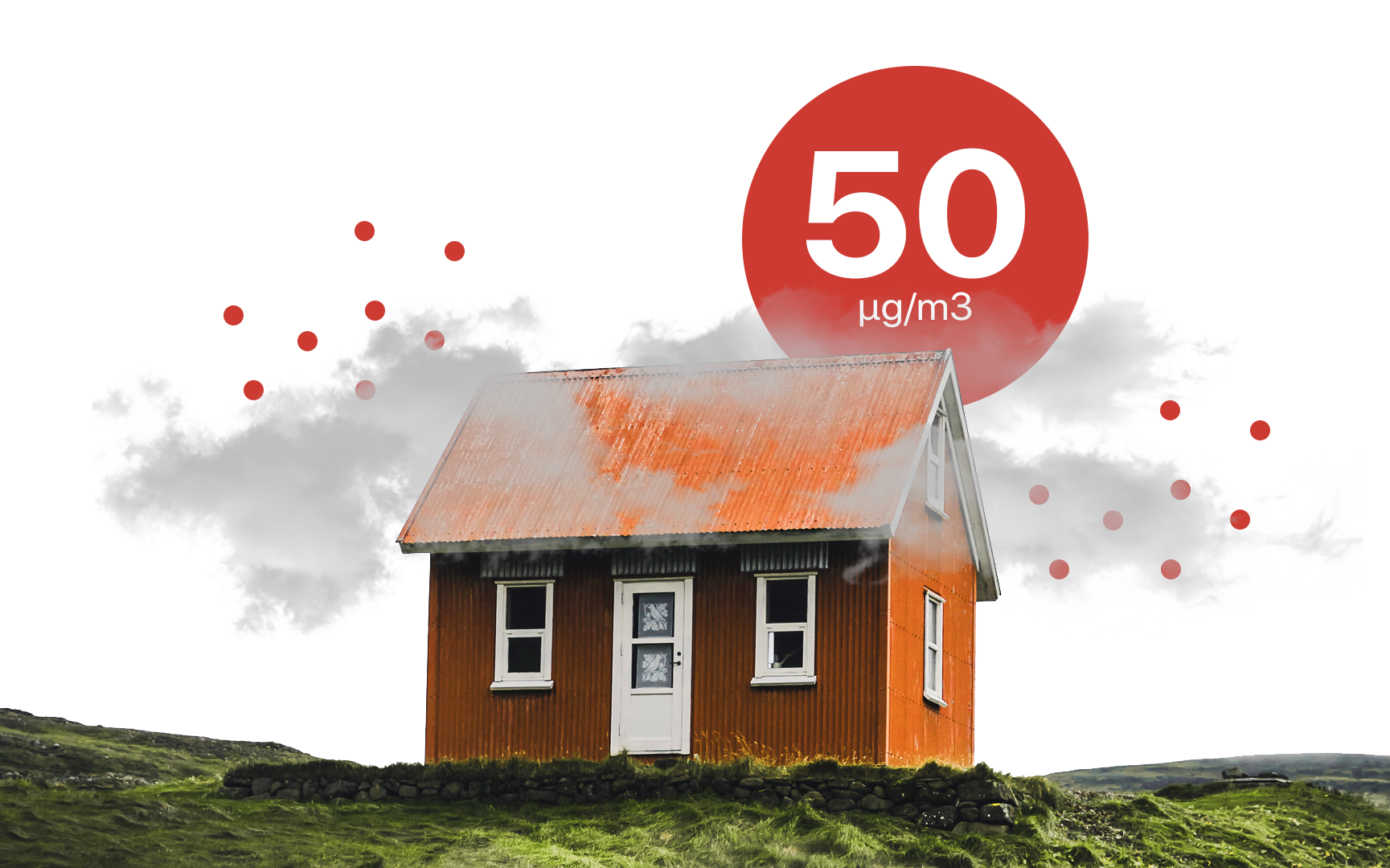 A research that has been done in 10 cities in America at 2013 concluded that trees can reduced pollution PM2.5 and increase air quality until 0.24%. It means that if the average of PM2.5 in our house is 50 ug/m3, 10 times higher than WHO standard, with maximum effort of execute greening, the air pollution can only be reduced to 49.88 ug/m3, decreasing 0.12 ug/m3 of the air pollution. 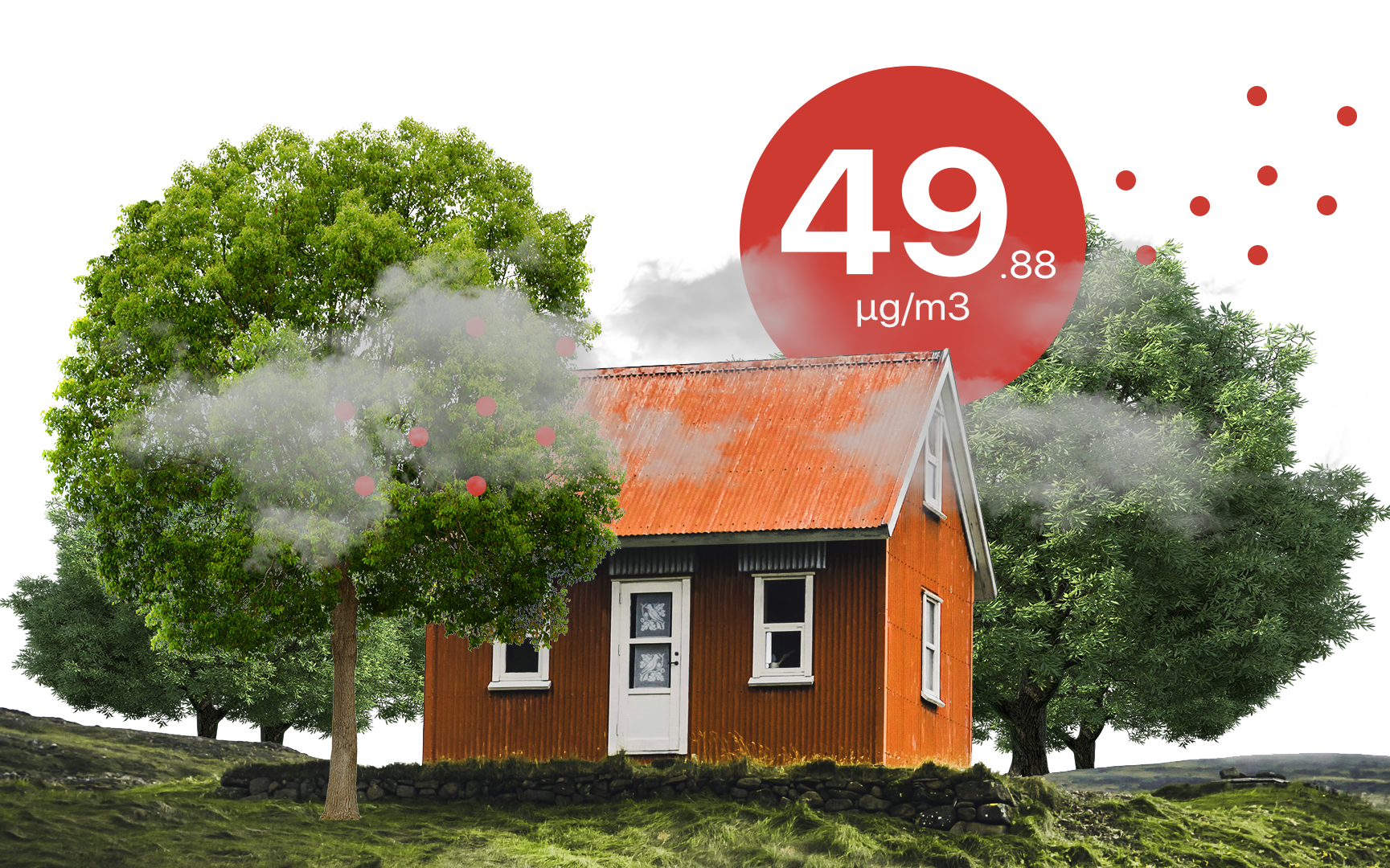 😣 The Irony of “City with a Thousand Parks”

Now let’s take short stroll to the east side of Java. From its name, we can imagine a healthy, fresh, and good air quality. In 2020, this city has about 570 parks with various plants and trees. It also claimed that its temperature tend to cool down about 2 degrees. In 2014, they got awards which are related to environment, or green awards from Ministry of Environment and Forestry of The Republic of Indonesia. And in 2022, they are reported to plant 1000 trees every day. Which city that we are talking about? Yes, you are right, it’s Surabaya.

Many achievements stated above supposed to make Surabaya as the city with zero pollution, doesn’t it? But it turns out to be the opposite of it. Based on nafas insight, for the last 6 months from June until November 2022. 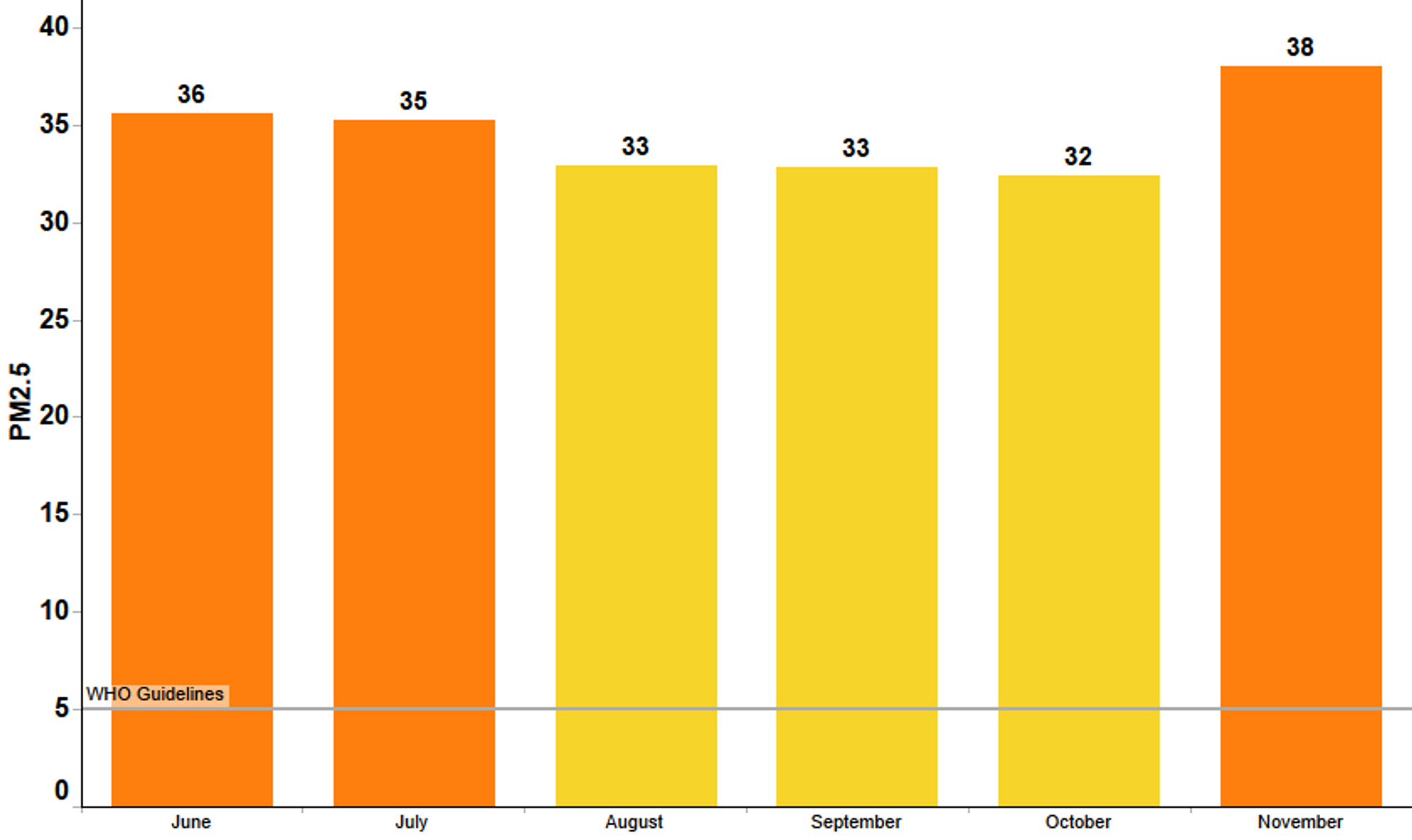 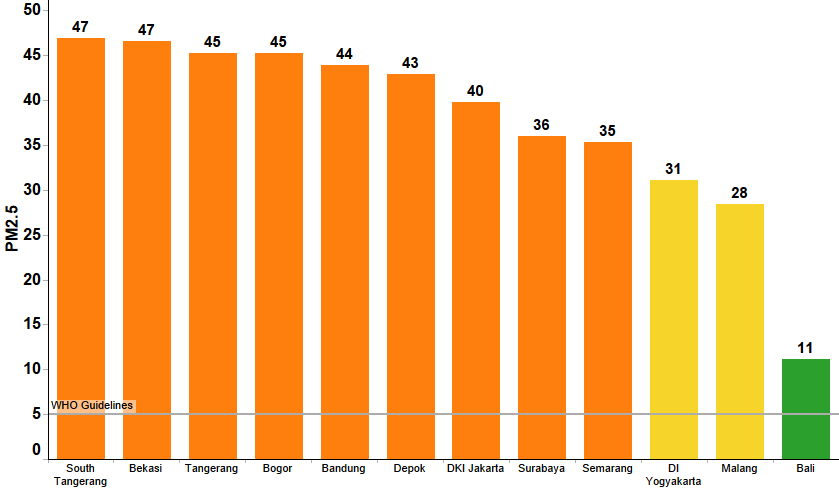 From the graph above, we can see that Malang, which its Green Space hasn’t met the ideal target (usually 20% for cities) — while Malang only reached 12%, which means there is a quiet gap if we compare it with Surabaya which has reached 22%. But, PM2.5 in Malang is very low compared to Surabaya. Thus, we can conclude that greening is not effective enough to pressed down air pollution.

💡 We can conclude that we can’t rely on greening to conquer air pollution.

Our hope for plants being a barrier between pollutant and human will still remain a hope, because we need contribution from everyone to execute it from a lot of aspect, starting from saving energy, using less vehicles, and more — so the greening will be more effective.

✅ Let’s minimize air pollution exposure to be healthier by checking the air quality with Nafas app regularly before starting our day!